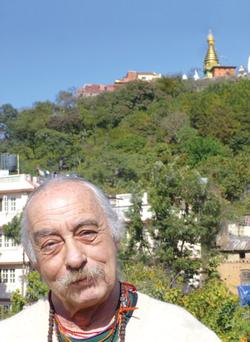 When yoga teacher William Forbes suffered a serious accident in 1985, some predicted he might never walk again but fate had something else in store for the American iconoclast better known as ‘Swayambu Billy’.Forbes came to Nepal in 1970, and like many of his contemporaries, took the long road to Kathmandu overland on the hippie trail. The young adventurer flew to Luxembourg, where he bought a Volkswagen van, crashed it in Morocco and continued by local buses, travelling through Turkey, Afghanistan, Pakistan and India. His wife, Susan Burns followed a few years later. END_OF_DOCUMENT_TOKEN_TO_BE_REPLACED