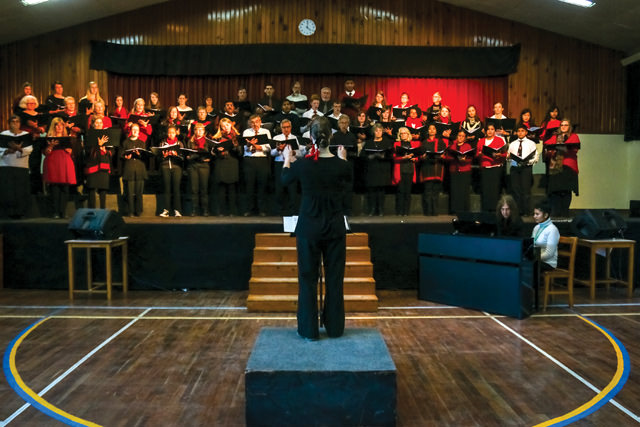 Every Monday evening for the past three decades or more, music lovers from across the Valley gather in a Dhobi Ghat school to practice Western chorale music. It is a weekly highlight for singers like American psychiatrist Nadine Rogers.

She says: “Whatever has happened during the day, no matter how tired I am, when I go to choir it lifts my spirits. Creating something beautiful together with others can be a transcendent experience.” 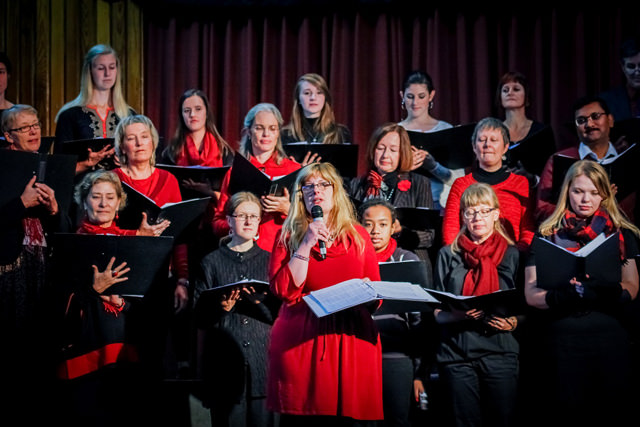 The Kathmandu Chorale turns 35 this year, braving revolutions, strikes, blockades, blackouts and even the occasional gunfire nearby to hold weekly practice and twice-yearly concerts.

When Kareen Messerschmidt (pictured below, right) invited a small group of singers to her house in Patan in 1982, she may not have imagined that the chorale would go on for so long. “Our home was the only place I knew of with a good piano as I had brought a small upright with me,” recalls Kareen about the early days when it was just her husband and United Mission to Nepal staff. 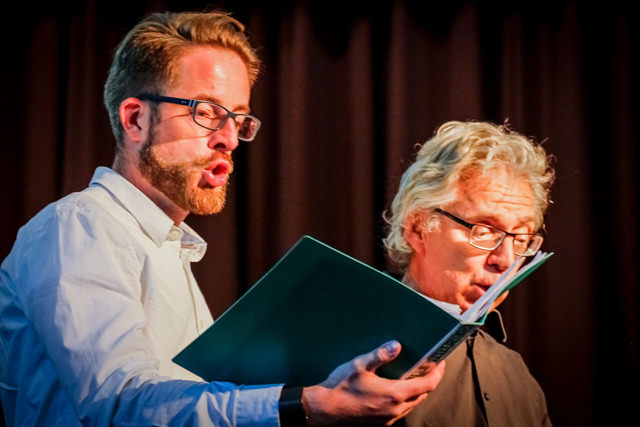 Each year brought in new members, including Europeans with their grand traditional music background with the ability to sight-read most everything. The choir at first accompanied a concert pianist, Cynthia Hale, a UMN doctor based at Am Pipal hospital in Gorkha who moved to Kathmandu in 1982.

Soon the home became too small. Fr Moran from St Xavier’s School and artist Lain Singh Bangdel helped to find venues to practice and perform. Rehearsals took place at Lincoln School, The British Library and even at the British Embassy. The concerts were held at St Mary’s auditorium. 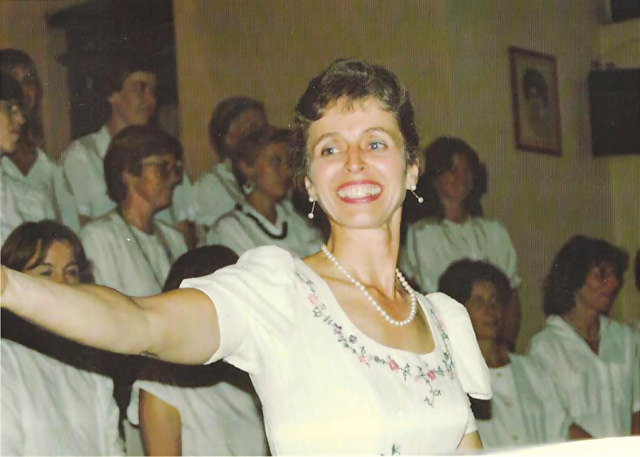 One early challenge was that some members were stationed outside of Kathmandu, and Kareen’s solution was to tape everyone’s part with the help of an audio technician from the French embassy, while she banged on the piano their part over a recording in the background.

The chorale brought a mix of classics to Kathmandu, including Mozart’s Requiem, Handel’s Messiah and Robert Shaw’s American folk songs. Kareen was followed by 15 conductors one of whom was Dutch musician Annette Donker. When she slipped in the bathroom after promising to replace Norma Kehrberg as conductor in 1994 and broke both wrists she found a creative solution: a tuning fork to tap the beat with one plastered hand on the other. 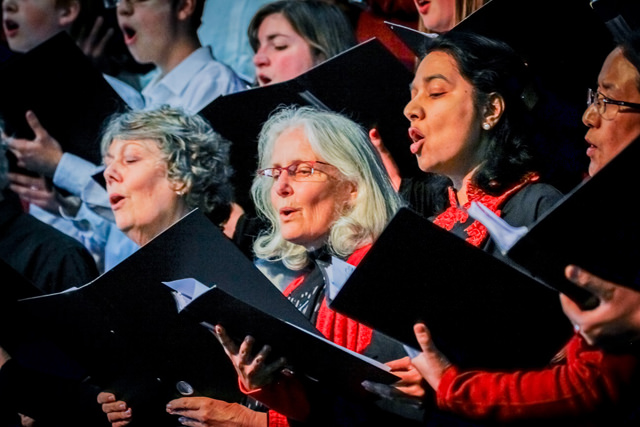 Another long term conductor was American Bryan Varenkamp whose program included Beatles medleys and popular musicals, which attracted many young singers. Lincoln School teacher Katie Lenoue replaced him in 2011 and this month travels back to Nepal to perform a Christmas song with the chorale.

US music teacher Iris Kolodjitook over from Hannah Dornon earlier this year. The 35th anniversary concert on Saturday 9 December will be her first conductor role in Nepal. “I feel grateful to lead such a well-established group,” she says. 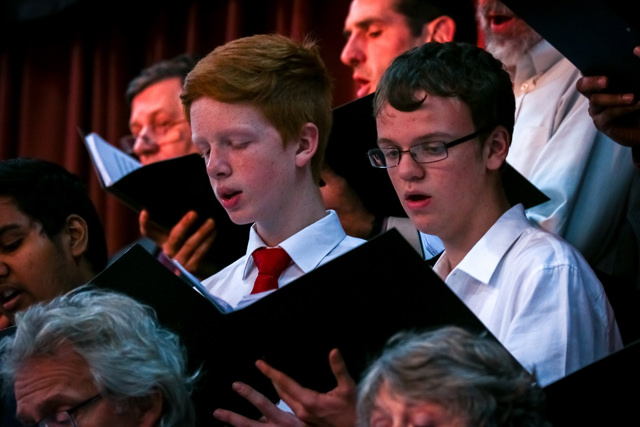 Much has changed since 1982, but many things remain the same: the members pay a membership fee for expenses and during the free concerts, donations are collected for charities. Members are an eclectic mix from various nationalities and backgrounds. Expat get a taste of home, and the choir introduces Nepali singers to Western chorale music.

Says Nadine Rogers, whose composition Winter Hymn will be premiered in Saturday’s concert: “The chorale is an amazing opportunity to meet people from across the globe. It is a collective friendship built upon the love of music and globalisation at its best.”

All together now, Yuko Maskay