Blaming it on the birds is foul 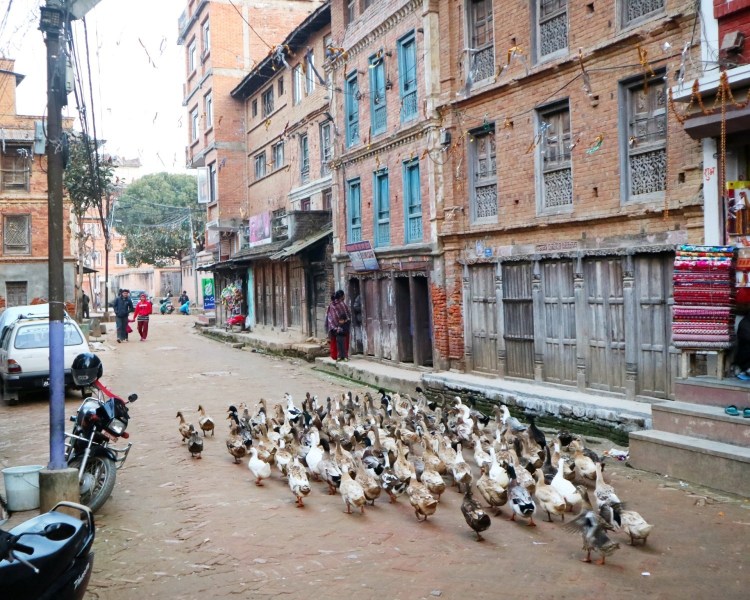 Animal Nepal’s animal sanctuary is located on the banks of Bagmati River, at Chobar. Our neighbour is a makeshift farm rearing pigs and ducks. A little further away there are three pig farms which also farm ducks or chicken. The animals either roam freely in a heavily contaminated area or are kept in extremely dirty sheds. The question in our view is not if bird and swine flu will hit these farms, but when.

Animal welfare campaigners have been observing the growing bird flu debacle with increasing concern and distress. We sympathise with the Rapid Response Team, which faces overwhelming constraints and an overall lack of support. However, the images of chicken that tried to escape from the ‘destruction team’ being beaten to death are traumatizing. The methods being used, including neck wringing or live burial of chicks and the paralyzing of adults by hitting their spines are outdated and cruel. These practices blatantly contravene the World Organisation for Animal Health (OIE)’s guidelines on Humane Killing for Disease Control.

The hunt for any living poultry is on, and terms like ‘culling’, ‘slaughtering’ and ‘destroying’ do little to soften the ugliness of the untimely deaths of these sentient beings. We are made to believe that these dangerously sick animals have become our enemy, instead of blaming the real culprit, we humans, who have caused this crisis.

Why does Nepal have bird flu?
The first condition responsible for the development and rapid spread of the virus is the mixed backyard farm environment, with no hygiene to speak off, in which people live in close proximity with different farm animal species. It is no wonder that the first outbreak was said to be in a Bhaktapur slum area with open backyard farms, similar to our neighbours in Chobar.

Conditions such as these are an ideal breeding ground for swine flu and bird flu (which are closely related), not in the least due to exposure to viruses carried by wild birds.
Why do municipalities allow these illegal farms to operate? Why are they still operating, endangering the lives of Nepal’s poultry and people? These are some of the many questions we, the public, should pose to the government – and demand answers to.

Larger scale poultry farms struggle with hygiene, medical care and welfare issues too. The overuse of antibiotics, lowering the immune system of the birds, is widely reported. In the absence of proper hygiene and government monitoring, unclean cages or dirty egg crates can become a main carrier of viruses. 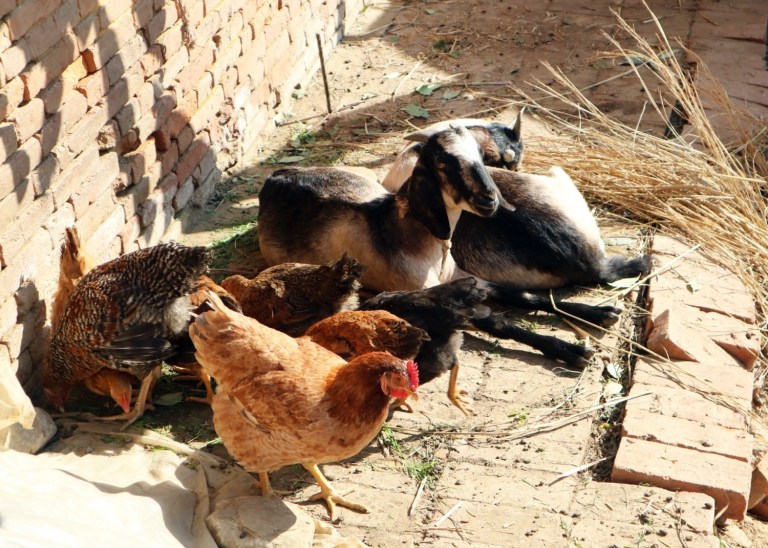 The second adverse condition is the transportation of poultry. Despite having excellent
Transportation Rules and the introduction of special vehicles for transporting chicken, most  poultry in Nepal is moved about in a haphazard and inhumane manner. One only needs to drive a few metres outside the Ring Road to see chicken dangling upside down on bikes and cycles.

Inside the urban area conditions are not much better. Animal Nepal has recorded various cases of chicken that were dead upon arrival at the butcher shops.

A third breeding ground for bird flu is the presence of live poultry at butcher shops. Despite some improvements, most butchers seem to have no idea how birds should be kept. Chicken and ducks are cramped in tiny, dirty cages next to goats, tied with ridiculously short ropes, as if butchers purposely torture animals as much as possible before their equally cruel death.

The origins of bird flu are linked to backyard farms and live markets in China. Are ours any better? Is this not the right time to ban live animal long distance movement and live markets and introduce centralized humane slaughtering resulting in quality (frozen) meat?

Fourth, there is the issue of the killing of poultry. Although inhumane slaughter is illegal in Nepal, the first public slaughterhouse using approved electric stunning or gassing is yet to be found. Instead, farm animals are killed by hammers, knives and hands. The stress caused by transport and slaughter results in bad quality meat, in turn affecting the consumer. Eating contaminated meat causes all sorts of health problems such as headaches, diarrhea and vomiting. Research shows that the majority of typhoid cases in city dwellers are caused by salmonella poisoning through meat eating.

A fifth adverse condition is the illegal import and export. With quarantine services often operating at minimum standards, farm animals, including sick ones, can be moved across the border without too many difficulties. Bird flu in Nepal almost automatically means bird flu in India, and vice versa. Birds have already started dying in Meghalaya, in north-east India. Animal Nepal has also received reports on illegal exports of meat to China.

A sixth reason why Nepal is a breeding ground for bird flu is widespread animal sacrifice. The transport of live birds to temples across the country, including the occasional wild caught bird, creates ideal conditions for the spread of H5N1. It is no coincidence that Gadhimai festival brought goat plague to Nepal, killing goats across the country, and spreading to China. The sacrifice or release of birds in goddess temples should in fact be banned immediately, to stop the further spread of bird flu.

Are the authorities serious about the prevention of bird flu? Looking at these six facts, not really, it seems. While the government ‘destroys’ poultry across the country, illegal mixed backyard farms are mushrooming. Conditions during transport, sale and slaughter see no improvement and it is business as usual at the poultry farms and butcher shops. The movement of potentially sick birds to goddess temples across the nation continues unabated.

It doesn’t take an animal lover to understand that without introducing minimum welfare standards, Nepal will remain susceptible to killer diseases. The meat industry industry urgently needs to implement common veterinarian and humane standards to stop both animal abuse and life-threatening diseases. Introducing factory farming will not solve the problem – an intensive poultry farm provides the optimum conditions for viral mutation and transmission.

Small scale farms with quality facilities, nutrition, medical care, transport, slaughter and regular monitoring are the way forward. If we cannot rely on the authorities and industry to stop bird flu and other zoonotic diseases, it is we, the people, who need to speak out. Do you want to endanger the health of your family by consuming substandard meat and dairy products? If not, speak out! Have said that, vegetarianism remains the most compassionate and effective way to prevent both disease and
animal suffering.