The first time I came across a jingle word, a fast growing phenomenon in the Nepalese language, I was in a taxi. The driver hailed from Dapakhel and I asked him what his village was like. Dapakhel was something out of this world, he explained, as from there one can see ‘Airport sairport’. I thought I misunderstood the last bit, and asked him to repeat. At night, from his house, the driver said, one can see all the lights of ‘airport sairport’. I asked him for the meaning of sairport; he merely shrugged his shoulders. 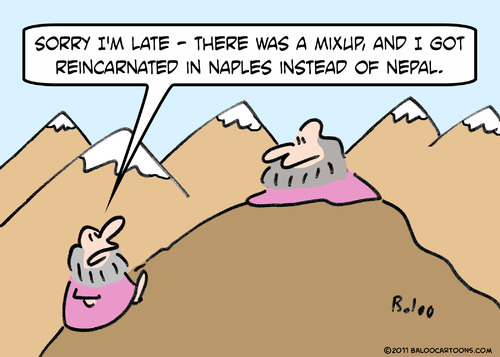 The Nepalese language has always been a musical one, containing enjoyable jingles in all its nooks and crannies. Family members are known by their jingle words, such as bhai dhai, mama kaka, chora chori. Early summer mornings, when the air is crisp and clear and birds announce the new day with delightful gossip, are defined as ‘rhim jhim’. Colourful clothes are ‘rangichangi’, which can be seen ‘anap sanap, here and there, or ‘waripari’, all around. In the market we buy ‘maal saamaan’ in a markets with shops ‘baaja ra daaja’, left and right. After that we have ‘dahl baht’ ‘sangsangai’, together.

But recently the phenomenon has gone out of hand. Jingles pop up like leeches in monsoon and the speed at which new rhymes are invented requires a daily update of the Nepalese dictionary. A friend of mine explaines that he loves to listen to ‘geet sangeet’ during his ‘khaza saza’. A well-educated neighbour expresses his concerned about the increasing number of ‘kukur sukur’ in Kathmandu’s ‘gulli sulli’. When I buy a new carpet for the house the shopkeeper says I should not worry. His ‘carpet sarpet’ is cheap and best, and his ‘taasne saasne manche’ are without a doubt the most experienced in the district.

A neighbour down the road is looking for a job and claims she makes excellent ‘coffee soffee’ for office staff during their ‘meetings seetings’. A friend praises her, saying how she has even been to ‘Italy sitaly’ to work for ‘bideshi sideshi’ like myself.

And so it goes on. Friends are complaining about the fact that these days ‘palung salung’ is not available in the market and if it is there it costs a lot of ‘paisa saisa’. People who manage to build a new house, ask ‘painter sainter’ or ‘bhai dai’ to put a nice colour ‘rang sang’. Naturally, the ‘design sedign’ of the mansion has to be a good one, and it should include a comfortable parking for the ‘car sar’ and a suitable house for the expensive kukur who eats nothing but ‘pedigree sedigree’.

It is not surprising that those who mix their mother tongue with English would pioneer updated variations of the jingle words. Anyone with a ‘computer somputer’ hides the ‘cable sable’ or ‘tar sar’ behind a fancy office table after which they ‘google soogle’ till the cows come home. Or they buy the latest ‘gadget sadget’ and skype or ‘email semail’ with friends around the globe.

Last week I was on my way from Dapaghel to Lagankhel once more, and decided to do a little experiment. Could I invent a new jingle word and introduce it into the Nepalese language, to be enjoyed for many generations to come? “O dai, Lagankhel ma taxi saxiharu painchha?” I asked casually. The driver did not miss a beat. “Hirnus”, he said, “Lagankhelma etro taxi saxiharu painchha!”

If tomorrow you hear someone calling out for a ‘taxi sexy’ you know who is responsible.