Mahatma Gandhi once said, “The greatness of a nation and its moral progress can be judged by the way its animals are treated.” By that yardstick, Nepal lags behind in greatness. In fact, there is almost a total absence of animal welfare in the country. The worst problem is that of wandering cattle injured in road accidents in Kathmandu’s streets. For all the reverence, the fate of a fatally injured cow is unholy. 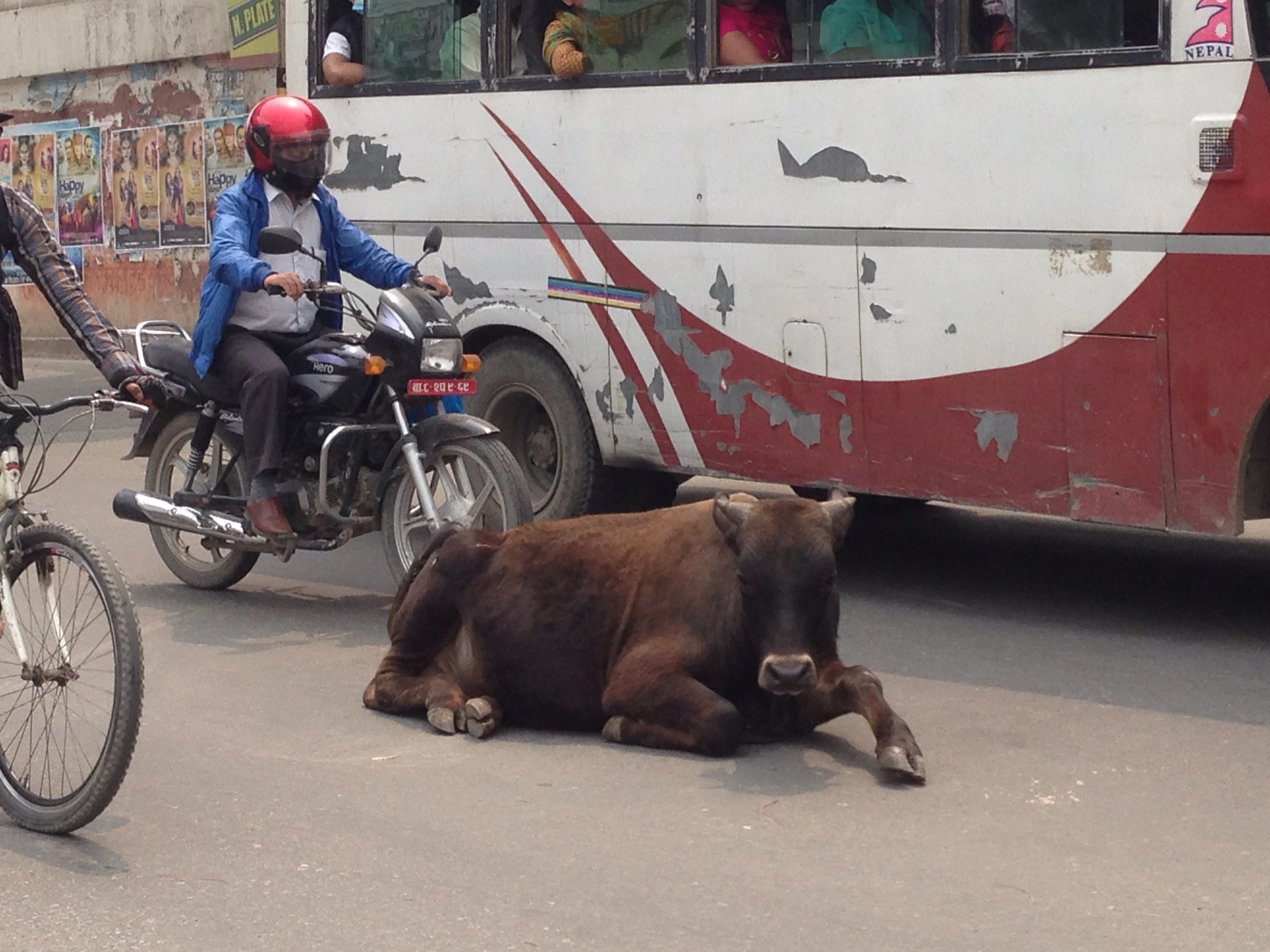 Laxmi is a kind-hearted cow found outside Pashupatinath two years ago. It took volunteers from the Society for the Prevention of Cruelty to Animals Nepal (SPCAN) a few hours to gently direct the limping cow to the shelter. Here it was found that not only did she suffer from a spinal injury, probably after being hit by a bus or truck, but also that she was four months pregnant. 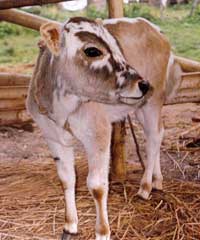 Despite her precarious situation, Laxmi gave birth to a beautiful, healthy calf, Kamdhenu. After the delivery, Laxmi’s health deteriorated rapidly. Although she was still eating, she could no longer get up. This meant that the staff, with the help of kind neighbours, had to push her up every three hours, or lift her into a makeshift harness. Her pain became more and more obvious. SPCAN volunteers pleaded for euthanasia, but the management felt that with the laws of the land (the penalty for killing a cow is Rs 20,000 or two years imprisonment) this would not be desirable. Laxmi, after a painfully slow and cruel death bed, finally passed away in April.

Although traffic accidents are the main reason for injuries, there are many cases of cruelty inflicted by children or shopkeepers. SPCAN last year received six cases of spinal injuries, both cattle and dogs. A remarkably bright dog named Baby Bear survived, but will be paralysed from the waist downwards. The intensive care of these animals places huge demands on many of SPCAN’s limited resources. 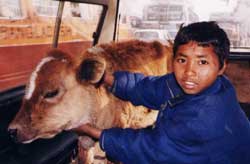 The holy cows of Kathmandu, once a tourist novelty and integral part of a tight-knit, gently moving society, have become a nuisance for motorists and an embarrassment for the authorities. Nepal’s national animal is traditionally a symbol of prosperity, but now are abandoned to roam homelessly on the streets.

Until a few years ago one could find aging resident bulls in places like New Road, Durbar Marg and Baneshwor. During the last SAARC Summit the familiar Nandi of Naxal, together with a number of stray cows, disappeared and they have not been heard of since. But young calves and mature cows are still common at traffic intersections, standing by the side or in the middle of the road. Or they are at the garbage dumps, rummaging through plastic and organics in search of food.

Often not fully weaned, the young calves suffer the most, many do not survive.

Most bulls are abandoned by their owners because they are of little economic value in a valley where they cannot be used for ploughing. Cows are abandoned from private homes and dairies when the owners face a lack of space or fodder, or when they no longer give milk. It is said that owners from farming communities such as Bhaktapur and Godavari drive cows into the city at night and abandon them. The priests of Pashupatinath, as part of new moon and full moon rituals, continue to release a bull-calf twice a month. Most calves however return quickly, after all, Pashupati has become an ideal dumping ground for the city’s unwanted, sick or in jured animals. 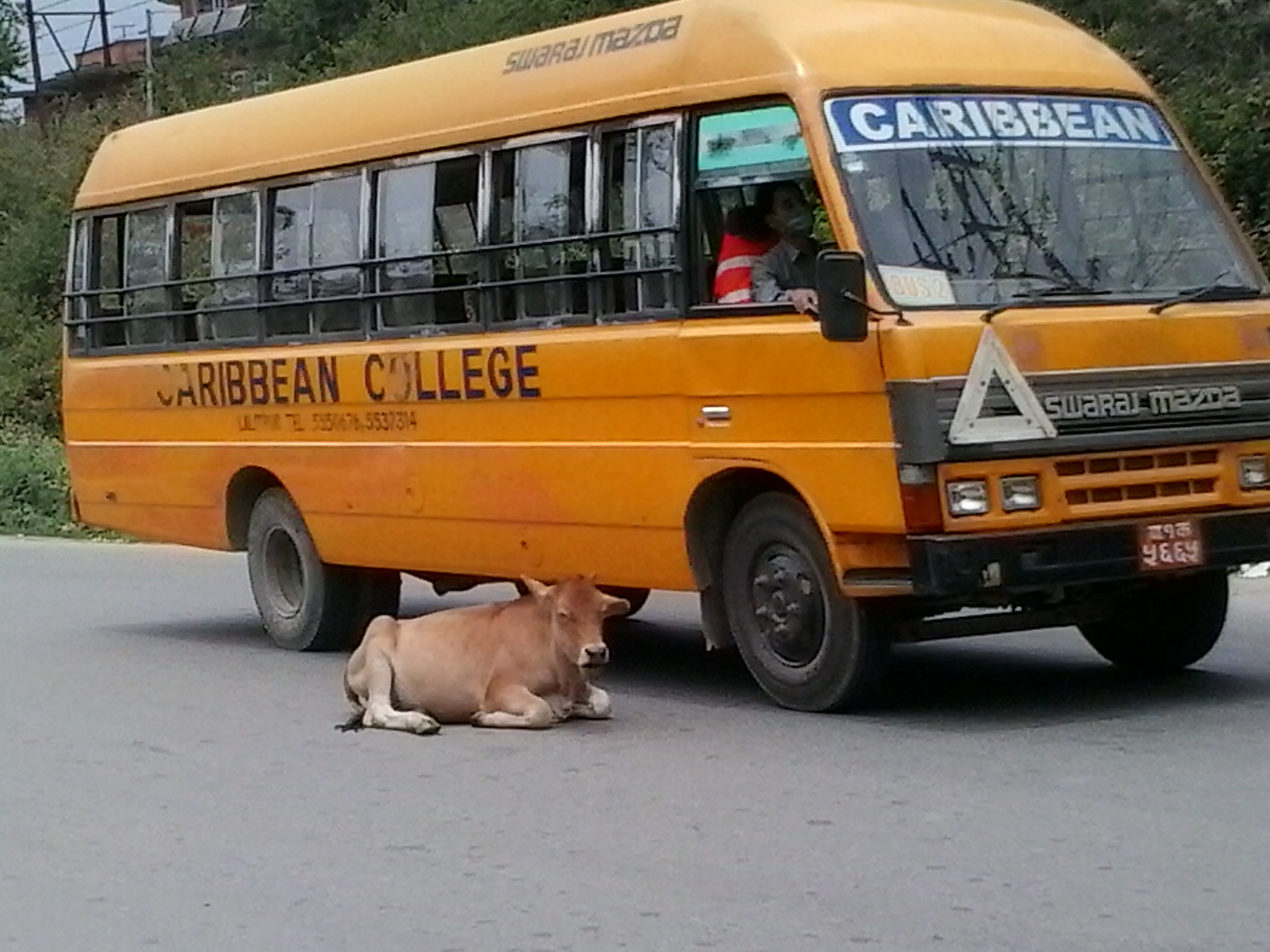 The conflicting duality of religious and cultural notions on one hand and modernisation of the city on the other is increasing, and stray cows are among the most visible victims of this conflict. Stray cattle are randomly picked up by the traffic police (which is why animal activists dread any international visit or meeting held in Kathmandu) to be released outside the valley. Cows from Eastern Nepal are being sold in Damak and transported to slaughterhouses across the border.

At SPCAN, staff have learned how to make the lives of injured cows as comfortable as possible. Its gaushala of Siphal is a beginning, but the problem is too vast. The municipalities of Kathmandu and Patan have to come up with a management plan for stray cattle with rehab for injured cows, animal birth control and a shelter for unweaned, sick and aging cattle.

Temporary solutions could include proper registration and monitoring of the cattle population, mobile veterinary services and feeding sites in a number of locations (set up with the involvement of communities, hotels and restaurants willing to donate their vegetarian left-overs). The actions must be backed by the central government, by introducing supportive animal welfare legislation and monitoring systems, possibly including a policy on humane medical intervention for dying cows.

Untill then, may Lord Pashupatinath have mercy on the holy cows of Kathmandu.