It was a picture-perfect day. The snow mountains to the north were shining, and the Kali Gandaki flowed placidly at the bottom of the steep valley. Children, some in neat uniforms and others in tattered blue tunics were on their way to school. The women were busy collecting water, Saraswati had a doko on her back and was on her way to her field. Then, three gunshots. 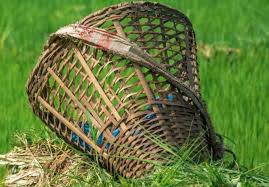 Two weeks after Chandra’s death, villagers look away when his name is mentioned. His sister Laxmi and sister-in-law Nila bury their heads and cannot speak. Nila hasn’t been able to inform her husband, who works overseas, about his brother’s death. “He’s got many problems of his own, the news would only make him worry.” The security forces come by often, interrogating and sometimes beating family members of Maoists, and going through their things. “We can’t even show you Chandra’s pictures,” says Nila. “We burnt them the day he died.”

Chandra was a Kami. His mother died when he was just five, at ten he nursed his father on his deathbed. One of his sisters took care of him. Rajendra was his childhood friend from school, and recalls: “Chandra didn’t even have money for slippers, he always went barefoot. He couldn’t afford a school uniform, so he stitched it himself.” Chandra and Rajendra were always at the top of their class. After fifth grade, Chandra moved away to work his way to secondary school. He sold newspapers, and took up the job of his metalsmith ancestors. He paid his way through college and graduated in English and Sociology.

“In the twenty five years I’ve known Chandra I never saw him angry,” recalls Rajendra, still using the present tense. “He has a passionate nature, but would always convey his thoughts in a gentle way.” Chandra said he wanted to be a teacher, or a singer. But the odds were against him. Rajendra, a bahun, got a job as an English teacher at a local school. Chandra decided to migrate to the Gulf for work, and tried to put together some money, but couldn’t raise enough. The next thing Rajendra heard was that Chandra, then 23, had joined the Maoists.

It is late spring in the village now. Time for the chaite huri storms that lash the hill-towns, swaying trees, rattling doors and blowing roofs away. These days, with the storms come armed men. At night, the knock on the door means they are Maoists, some strangers, some relatives. Dressed in fatigues, carrying guns, they demand food and shelter. At times they cover the walls of the school with revolutionary slogans. Few people have the courage to refuse the rebels’ demands since they have heard enough rumours about cruel retaliation.

But the security forces are never far behind. It does not take long before soldiers, wearing similar fatigues, arrive on patrol. All young men are suspect, they are interrogated and sometimes beaten up. “Here we are caught between the Maobadi and sena,” says one of Laxmi’s neighbours. “Anytime, anything can happen to us.” The headmaster tries to get to the school early to whitewash slogans on the walls.

The local Kamis make gangri brass pots, but since the Maoists started using them for their improvised explosives, the security forces are strict. Hari is an 18-year-old who failed his SLC and has joined his uncle’s smithy to learn the ancestral craft. His face is blackened with smoke and dust. “Last week they came and said we were helping the Maobadi to make gagri bombs,” says Hari, “but this is our only livelihood. Now we don’t know whether we can carry them down to the bazaar anymore.”

The women face different problems. With the young men gone, their workload is overwhelming: tending the fields, taking care of the children and elders. They have to fetch water, forage for fodder and fuel, and tend the fields by hand. After some encounters with the security forces, the women don’t dare go into the forest anymore. Says Nila: “We try to tell them we’re just women and want to live in peace. But because our boys have joined the Maobadi, for them we are the enemy.”

The son of one of Chandra’s neighbours joined the Maoists when he was 13. “He had always been a strange child, always running off here and there”, his mother, Saraswati recalls. “I always had to drag him back after school.” The security forces interrogate her from time to time, but Saraswati doesn’t care anymore. Her face hardens when she talks about her son: “My love for him died when he joined the Maobadi. My big fear is that he will come and take his youngest brother to the jungle.”

Night falls fast in the village these days. Rajendra talks quietly, and tries to articulate his anger. “Our leaders still don’t know what drove people like Chandra to become Maoists.” Rajendra hates the Maoists, but says he loved his friend. He is quiet for a moment, then says: “People change all the time, Chandra may have changed his political views, he could have been a leader and one day done something great for this country. On the day they killed him, I felt I had died.”

Chandra was 27 when he was shot by undercover security forces apparently posing as Maoists. They met him a day earlier in a distant town and brought him to his home village. Walking the trail that he remembered from his boyhood, Chandra must have looked up at the familiar row of mud houses along the ridge. He may have seen the flowering fruit trees, and noticed the freshly ploughed fields, rich golden brown, waiting for new life.

At the chautara below the village Saraswati had sat down, a doko on her back. That was when she saw Chandra walking up the trail, looking handsome in grey pants and a colourful shirt. Four men suddenly sprang up on him, kicking him. Chandra tried to stand up, but could not. The men drew their guns, and pulled the trigger.

(Names and some of details have been changed to protect the identity of the villagers.)